From a sales manager’s perspective, the best reason for utilizing a unified sales process is that it gives you a common framework around which to coach and develop your salespeople. In other words, it is your playbook. Imagine trying to coach a football team without a playbook. What would you tell your players in the huddle before a play? Would you simply tell the lineman to “Just go hit somebody!” and your running backs to “Try and avoid getting tackled?” Don’t you think they already know that much? Is that kind of instruction really going to help the team score consistently? Probably not.

Yet, sad to say, that is about as much direction as some business owners and sales managers give their salespeople. In essence, they are saying, “just go sell something.” Sometimes the salesperson will get lucky, but more often than not they struggle and fail. A football coach without a playbook wouldn’t last a season. Frankly, a sales manager without a playbook is no different.

An effective, unified sales process increases your salespeople’s odds of reaching a favorable outcome on the deals in their pipelines and generally prevents salespeople from wasting their valuable time on opportunities that are unlikely to close, especially when sales cycles are long. Without a doubt, a powerful sales process with clearly defined steps provides more consistent, predictable and profitable results.

These are the symptoms of companies that lack an effective sales process:

While some sales managers are initially threatened by the idea of being compelled to follow a sales process, in the end, most sales managers come to love it. They are threatened because, like their salespeople, the thought of being held accountable to following a sales process is frightening. However, they come to love it when they realize how much more effective their salespeople become and how much more effective they are as sales managers. Instead of simply standing on the sidelines and screaming at their players to sell more they have the ability to teach and grow the salespeople on their team. 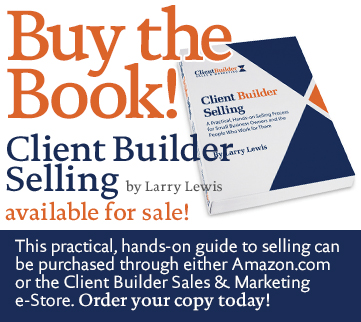